Today, Aurelia B Rowl has dropped in to chat about how Christmas is Cancelled is doing and her own Christmas day shenanigans.

Firstly Aurelia, Merry Christmas to you and your family! Secondly, HUGE congratulations on the release of Christmas is Cancelled. It looks like its already going from strength to strength.

Thanks, Sam, and merry Christmas to you too.

How are you feeling about your release? It's been out a few days and there are already some fantastic reviews I've noticed...

Do you know what… it’s still totally surreal. And the reviews are staggering, surpassing even my wildest dreams. Many are from professional reviewers and fellow authors, and to getting mostly 5 & 4 stars is such a boost. I’ve had a few 3’s, but when I look at the readers stats, they are really discerning readers, happy to toss a book on the ‘dnf’ pile. One in particular scored me higher than my favourite Susan Elizabeth Phillips book! Yikes!!

How did you spend Christmas Day? Did the big man himself pay a visit? Give us the low down on what happened in the A.B.Rowl household yesterday...

It’s late afternoon on Christmas Eve when the phone rings. Uh-oh! With envious generosity and a desire to share, my children have spread their germs. (Okay, so I did suggest to my husband that we kept them home, but we went anyway. I then recommended that they didn’t blow out the candles on the cake but hey…). Anyway, my husband’s family and family friends are dropping one by one with the norovirus that was rife in our house last week. By the end of the call, my book title was alarmingly sounding more like a prophecy... Christmas was indeed cancelled… or maybe ‘postponed’ is more accurate.

But no, later on came another call. Despite the illnesses, there were still enough of the family ‘fit and well’ so the show would go on and the kids would get to receive their gifts after all. Speaking of gifts, Father Christmas did indeed come, although he did play a little trick on the kids and put their gifts under our second tree in their playroom. When my eldest stuck down on a reconnaissance mission, there was nothing beneath the tree to greet him, so he came trotting back up the stairs. All very amusing!

After the present opening – oh, the 3DS and the dolls’ house went down very well – it was time for a cooked breakfast/brunch, and then to get ready to go to my in-laws for a somewhat muted version of Christmas.

Now for the all important question about THE dinner of the year...the meal that we salute and applaud...it is the Christmas dinner, of course. And we want to know the ins and outs of your menu, Aurelia. So tell us, are you a traditional turkey dinner gal, or do you venture away from norm and head for the more unusual options? Do you have starters, mains and puddings? Any Trimmings? Vino? (Can you tell I love food...much?!) 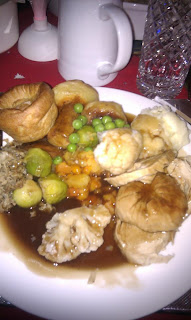 There were a couple of people sorely missed at the dinner table, and instead of the usual feast, it was more like a Sunday dinner. Albeit a very nice Sunday dinner, but the starter was omitted and the Christmas madness never really kicked in. The turkey was back in the freezer, and it was a choice of ham or pork instead, not that I eat either; my Christmas dinner was the same regardless, having been vegetarian for over 20 years now. And if you’re interested in what my Christmas/Sunday dinner generally consists of, well here it is – excuse the arrangement, I was plating up for the kids as well so presentation was the least of my worries LOL – but there were roast and mashed potatoes, diced carrots and turnip, sprouts, cauliflower, parnsips, peas, stuffing, quorn family roast (fake chicken), Yorkshire puddings and gravy… it was delicious and I ate every last scrap from my plate!

I’m not a fan of Christmas pudding, and I didn’t fancy a mince pie, so I scoffed several of my Christmas box of chocolates instead for my pudding, accompanied by a steaming mug of hot chocolate with a shot of Baileys in it. Mmmmh… 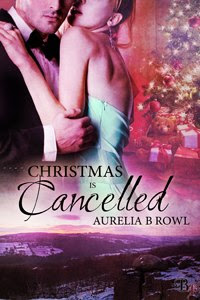 The one girl Dean Watson has sworn never to have—never even expected to see again—just flared back into his life and into his home—his sanctuary—like she belonged there. Christmas would certainly be more bearable with Tilly around though…

Win or lose? Love or honor? Which will Dean choose? Assuming he gets a choice… As the chinks in Dean's armor appear, Tilly seizes the chance to win her knight once and for all. She's not about to take no for answer—not this time—but Dean must resist, even as his heart rebels and temptation threatens to undermine his resolve.

Goodluck with the continuing success of Christmas is Cancelled...I'm in the midst of reading it and thoroughly enjoying it. Now kick back and enjoy your Boxing Day...P.S. I hope your family are feeling better now! 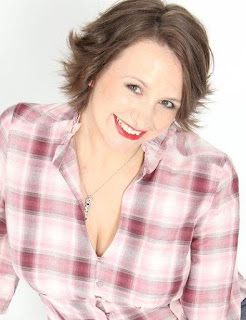 Aurelia B Rowl is a contemporary romance author but you can also find her masquerading as Allie A Burrow, her raunchier alter-ego.

She lives on the edge of the Peak District in the UK with her very understanding husband and their two fantastic children aged 5 and 3, along with their mad rescue mutt who doesn’t mind being used as a sounding post and source of inspiration. They are all used to her getting too caught up with her latest writing project... or five!... and she is guiltily counting down the months until she has both kids at school full-time.

To find out more about Aurelia, or to check out what projects she's working on right now, you can visit her website www.aureliabrowl.com

You can also find her hanging out on:

About Christmas is Cancelled…

Could Tilly's day get any worse? Even Christmas had been cancelled! Will Dean succumb to temptation as he endeavors to
make Christmas better for both of them?

Matilda 'Tilly' Carter didn't think her day could get any worse, but even Christmas had just been cancelled.

Tears welled in her eyes, clouding her vision. She turned and wandered blindly toward the exit as the first tear escaped, forging a track down her cheek for the rest to follow. Tilly took in a lungful of air and then another. Having made a spectacle of herself once already, she really didn't want to be the cause of yet another scene.

The crowds swarmed around her, with students and family members heading home for the holidays only adding to the usual rush-hour melee of commuters. They jostled past, threatening to swallow her whole, as they rushed en mass in the opposite direction, using their briefcases and suitcases as a battering ram.

It was suffocating. She had to get out of there. Breaking into a run, broken heel or not, she raced through the doors and out into the biting December chill. Her waterlogged eyes struggled to adjust to the dark, dreary sky after the bright station lights, but she didn't dare slow down, desperate to escape the throng of festivities and merriment.

Carol singers assembled outside burst into a jovial rendition of "We Wish You a Merry Christmas," full of joy and happiness. Didn't they know Christmas had just been cancelled?

"Ooof!" Tilly smacked her shin against the edge of a low bench, too dark to see as she tried to dodge the growing audience. She ended up sprawled across the bench, dropping the handle of her suitcase with a loud clatter.

At least the pain shooting down her leg gave her an excuse to be crying. Unfortunately, it meant she had to stop running too. Not good. Whenever things got too tough, too intimate, or too confrontational, you could rely on her to make a run for it. Running away was what she did best...

A tall figure loomed in the edge of her vision, something vaguely familiar about the man's loping gait. In an effort to see him more clearly, she wiped her eyes with the back of her hands, then cringed inwardly at the black streaks now etched all over them. Great. She could add impersonating a panda to her day from hell as well then.

The mascara stung her eyes, rendering her unable to focus properly. She blinked furiously as the man strode past her, talking into a mobile phone in a deep voice that resonated throughout her body and made the fine hairs on the back of her neck stand on end. A surge of adrenaline rushed to her legs, numbing the pain as her subconscious told her to run. Now!

The cloaked figure stopped mid-stride as if he'd heard her gasp. "Mike, I've gotta go," he barked into the phone, hanging up instantly. He backtracked until he was standing right in front of her, his tone changing from a growl to one of surprise. "Basmati?"

Great. She hadn't heard the nickname for years—nine years, four months and...sixteen days, to be exact—and even then, only one person had ever actually used it. She screwed her eyes tightly shut, shaking her head from side to side. No. No way. There was absolutely no way this could be happening to her. Not now. Not today of all days... Talk about kicking a girl when she was down.

Posted by Samantha Darling at 01:58 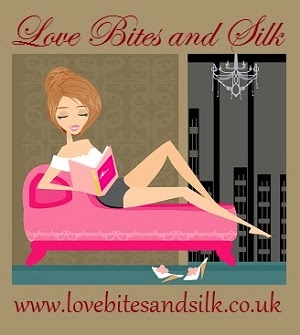 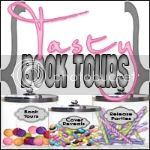